The very first outing for the Noblex after about a year of loneliness in the dry cabinet and its owner realizing there was still a film inside. And one more time I did the error of not "moving" it for a long period. The lens barrel would not rotate before several rounds of "supported" turning (aka turn it manually and listen to the squeeky sound). Finally it worked (turned at variou speeds without disturbing sounds) and I loaded an AgfaPan (from the 100 year supply fridge) and it had a little walkabout around town.
Half way through the film it started to get difficult to to forward the film, 2 more shots and it got stuck completely.. in both directions ! Only in my makeshift darkroom I could open the body and feel the mess, the film got tangled between the transporting mechanism. I recovered the film (badly fodled at 2 positions) and put it in an empty film can, hoping my lab will accept that.
Before wasting anther panoramic opportunity, I dry-run with some crap left-over film and see if there is any persistent problem. It seems to work fine, we will see. 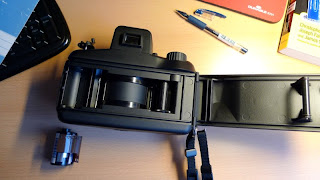 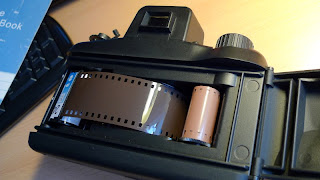 What happened to (Panorama) Photography ?

My blog has been very quiet this year (with hardly 3 entries so far), and so was my photography. Let me write down some of my thoughts about current photography.
What happened to Photography ?
Rewinding 10 years from now to 1999, the time I used a SLR and a medium format camera, and printed in my own darkroom, photography was something ordinary people were doing during their holiday or birthday parties only. You would see only professionals or hobbyists (aka. artists, semi-pro,..) using cameras regularly. That was the pre-digital era (few digital cameras at a low quality were available though) and the pre-mobile-phone time (yes, they were available but not everyone was carrying around 2 of them to ensure being connected all the time). Panorama Photography was truly an exceptional photographic form with exclusively film panorama cameras only.
Today photography is prostituted at large. Film photography disappeared almost completely, but digital photography is everywhere. Everyone is a photographer now (or claims to be), even more since mobile phones bring their build-in 6MP camera along. Wherever I go I see people either taking pictures with their iPhone's or with a DSLR dangling around their neck. We got virtually flooded with digital imagery. It is hard to find quality images in the classic sense, free of visible digital alchemy.
The product "photography" is dead in the commercial sense. Picture libraries are offering flatrates for images. Still they are the exclusive ones or the libraries working in niche markets but few photographers make a living of that. I met too many who gave up.

What happened to Panorama Photography ?
Panorama photography is getting more common in the sense of the digital age. Creating panoramas becomes just a result of the camera (with build-in panorama modes), such as the latest Sony model that only requires you to sweep along a scene to get a panorama. Software is getting smarter and faster, and with a few clicks anyone can venture into the panorama business.

What happened to my Photography ?
I didnt make any (film based) photographs this year. I didnt shoot or look much at photographs besides the day-by-day images (you usually do of your family or some simple product shots). Guess my version of an interrim creative break. Now the urge for outstanding photographs is coming back and I started de-dust my film equipment. Tired of HDR'd pictures and awful (even technical perfect) digital imagery, I am eager to take decent pictures and only few of them and enjoy some prints. My style or favorite subjects didnt change much, I still love decay and simple objects. Not necessary all gonna be taken with film but less images with more impact. I will focus on classic panorama formats again.
Also my project to create a book is back now, especially since mockup books are very cheap now from most of the online print-shops. 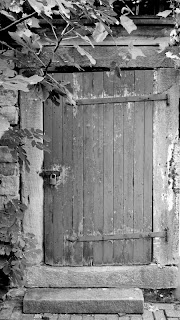 A bit sad to say, but Fotoman pulls out from the traditional film and large/panorama format domain. With effect of April 1st they stopped production for understandable reasons (as you can read here). Thanks Paul for your dedicated work in the last few years to create a reasonable priced 617 camera (among others).
Posted by Sven Hafner at 6:24 PM No comments:

My best panoramic wishes to all readers for the new year ! Another year with hopefully enough film and film producing companies around.

Please dont forget to drop by the panorama-gallery.